What up World? So I'm sleep this morning and I roll over to see one of my people had tagged me in a post. The post was about how the Aurora shooter's attorney was a paid actor. I said, "Aite, I'll check it later". Low and behold, before I completely woke up this morning, two more people had tagged me. Gotta see what this is about. Started digging, and the facts just keep weirder. I remember watching the interview of the lil kid being interviewed and thought something was outta place, but couldn't put my finger on it until I started reaching this story and someone mentioned it. If this was a mass shooting of kids, why TF is there a worker in the background. I remember hearing a knocking noise in the background and was like why am I hearing this. This entire area should have been locked down. Especially with them saying it was more than one shooter at first. Goto 2:06 mark, but you may wanna examine the entire vid (hint hint) LOL


Now I'm looking back into all kinda shyt from this incident, and I run across the guy who lived past the fire station, but the kids run to his house. Okayyyyy lol.... Remember him giving the news his report, well here's him practicing that same report
SMMFH This sad when we have come to this point, but we're here and must act on this now. Share this info with everybody. It is of great importance. I've found a site that breaks this all down even further http://offplanetradio.com/articles/2012/12/31/behind-the-scenes-literally-at-sandy-hook-crisis-actors.html From this site, I was able to find the site that hires the actors, and their message is clear that they are to make it seem like it's real. http://visionbox.org/crisis-actors/ It's funny they're outta Denver, the same place state as the Aurora shooting took place in. I was already skeptic about that shooting: Cops arrive in a matter of minutes, all them cops they said were there that fast. The alarm on the door never went off. Name me one emergency exist that does not go off if you open it. That is the purpose of the door, to let everyone know to be on alert that there may be a possible situation. The door shouldn't be able to be opened from the outside, obviously someone had to. He's fully armored and armored, yet not one cop fires on him. As trigger happy as these fukn cops are nowadays, you tell me noone shot him. Then to top it off, he tell the police he trapped his apartment with explosives. Don't piss down my back and tell me it's raining. WTF I look like, Willie FUFU some fukn body. I mean come on man. Then to go even deeper, some of you may remember the info I presented on the father's of these two being tied to the LIBOR case. If not, here it is


I'm just gonna present what's going on, without putting my opinion on it. Imma let you decide if something is fishy or not.... Now I've been doing some digging on these two mass killers, and it's being said that both of their fathers are to testify in the Libor (London Interbank Offered Rate) Case. The Libor is an average interest rate calculated through submissions of interest rates by major banks in London. The scandal arouse When it was discovered that the banks were falsely inflating their interest rates to give the impression that they were more creditworthy than they were. Because Libor is used in U.S. derivatives markets, an attempt to manipulate Libor is an attempt to manipulate U.S. markets, and thus is a violation of American law. Since mortgages,student loans, financial derivatives, and other financial products often rely on Libor as a reference rate. This manipulation can have significant negative effects on consumers and financial markets worldwide. Now the Batman shooter's dad, Robert Holmes, worked for FICO. They're the Ppl who give Ppl and businesses their credit scores. Before he worked there, he worked for HNC Software where he developed software that compiles research and data. This is the software he used to find the Libor was manipulating the system. The Connecticut shooter's dad, Peter Lanza, is a VP and Tax Director at GE Capital, which is owned by GE. The same GE that was founded by J.P. Morgan. If you are unaware of J.P. Morgan and his practices, I'd advise you to do some research on. Lanza did the taxes for the company, and is allegedly to testify. Both of their sons committed mass murders, which from Ppl around them, was outta their character. They both were on prescription drugs also. Like I said, I'm not gonna ad my thoughts to this. I wanna see how others feel about this...... **side note** The City States of The Vatican (Religion), The District of Columbia (Military), and The City of London (Financial ) are not governed by their surrounding countries. The pay no taxes. Are under no National Authority. Have their own independent flag. Have their own separate laws. Have their own police force. And they have totally different identities from the rest of the world.


On top of this, I posted a link on the forum about the Sandy Hook shooter not having a history for past three years. I asked if anyone caught the biggest thing about that story, but no one seemed to grasp it. If Lanza didn't have a hostory for the past three years, then how did he get his meds? The big thing in this story was that he was mentally ill. Well how does he not have a history if he needs his meds? Where did he get them from then? Ask questions my people. Stop being lazy, and look into EVERYTHING! It's not blasphemy to question God, and those who told you that is attempting to control you. God said ASK and yee shall receive. How do you get an an answer, if you never ASK a question.....
_________________
IF YOU GONNA LEAD, LEAD BY EXAMPLE

Does anybody live near this town? What is it like now? They are reporting the kids are going back to school and all.
iamjusray_TCC_MM 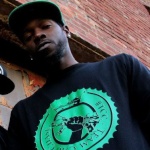 this is some incredible stuff homie, and the link about the visionbox shit was crazy...its amazing how they doing this shit right in our faces
Sponsored content