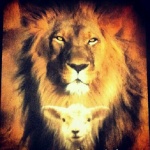 Taken from the article, Gun Control: A Realistic Assessment

Before we get our panties in a bunch, and let the gun control advocates scare us to hoard guns and ammo. Please take a critical look at the plausibility of that type of gun control occurring in this country. We are not the UK or any other gun ban country. Its just not very realistic. These are my first and last thoughts on the gun hype until there is real reason to fear that a ban would go into effect, and the second amendment being repealed.

Stanford Law Professor John Kaplan (until his death, the leading American authority on narcotics policy) used to remark on anti-gun crusaders' profound ignorance of guns as technological objects and of gun owners and of why and how guns are owned and used. An apt simile would be to narcotics regulations proposed by people so ignorant of the subject that they thought cocaine a common vegetable and marijuana a gas. This ignorance leads anti-gun crusaders to formulate proposals that, if effective, would double or even triple the death tolls from gun accidents and assaults.{37}

This comprehensive ignorance is part and parcel of the anti- gun crusaders' loathing and contempt for gun owners. Anti-gun crusaders often express their pride in knowing nothing about guns because it sets them apart from the barbaric gun lover. Nor do they care that this ignorance precludes their evaluating the viability and pragmatic value of potential control strategies. That is not a great problem for anti-gun crusaders because, ultimately, they are more interested in the symbolic significance of having guns banned than in establishing pragmatic and effective control over them.

Unlike the great majority of Americans (even a majority of gun owners) who seek controls for pragmatic purposes like saving lives, the anti-gun crusader's goal is with the symbolic function of a ban as an official endorsement of his views and moral superiority and as a concommitant condemnation of guns and their owners.{38} That their concern is symbolism rather than pragmatic value is proven by an astonishing fact: it happens that many who are anti-gun are, at the same time, strongly oppose pornograpy, narcotics, and other blue laws on the grounds, primarily, that they are unenforceable; yet the enormous literature they have produced advocating gun bans contains not a single attempt to show how a ban would be enforceable.{39} Though acutely aware of the issue of enforcibility in other contexts, anti-gun crusaders have not even tried to show that a gun ban would stop the millions of people who think they have both a constitutional right and an urgent need to a handgun for family protection from keeping or getting one. The anti-gun crusader ignores enforcibility for, at bottom, his opposition to gun ownership is not pragmatic, but symbolic. It parallels the "sophisticated" argument for banning suicide, homosexuality or pornography -- even if it is not enforceable, the ban symbollizes society's condemnation of this morally abhorrent excresence.