While you were likely resting or enjoying time with friends and family over the Christmas break, the United States Food and Drug Administration was hard at work ramming through genetically modified salmon towards the final acceptance process. Despite the frankenfish actually being blocked by Congress last year over serious health and environmental concerns, the FDA is making a massive push to release the genetically modified salmon into the world as the FDA-backed biotech giant and creator of the fish AquaAdvantage screams for profits.

These fish of course threaten the very genetic integrity of the food chain when considering the fact that they will ultimately be unleashed into waters with other salmon and likely even the ocean at large. The AquaAdvantage genetically modified salmon have been engineered through genetic manipulation to grow double the size and weight of the average salmon. Hitting 24 inches instead of 13 and weighing in at 6.6 pounds instead of 2.8, the GM fish contains both a gene from another salmon known as the Pacific Chinook as well as an eel-like fish.

This unnatural genetic infusion allows the fish to generate a growth hormone 24/7, making it a massively mutated ball of growth hormones and disease.

NationofChange fights back with one simple but powerful weapon: the truth. Can you donate $5 to help us?

In the event that awareness is not spread and Congress allows the FDA to approve AquaAdvantage’ GM salmon, it will become the first approved GM animal for growth and human consumption.

Modified salmon will mate with regular breeds, creating hybrid mutations that may likely never be tracked. Hybrid families that may continue to repopulate for generations, all containing modified genes. After being consumed by predators like sharks or others, the sharks are then affected by the genetically modified fish through the development of various health conditions conditions. In mice trials alone it was found that eating GMOs triggered mass tumors and early death in the animals — and that’s just crops. Genetically modified crops are concerning enough, but are much less complex than animals.

The fact of the matter is that no one truly knows the long term effects of GM crops, let alone GM animals. But hey, why not test it out on the public? After all, who cares? It’s not like the FDA will do anything to Monsanto despite the numerous studies linking GMOs to disease. Instead, they just say it’s pseudo science and that only FDA-backed ‘science’ is worth anything. Forget the fact that the only lifelong rat study done on GMOs found it led to tumor development.

So what can we do?

There are a number of methods here, but first and foremost the word needs to be spread far and wide that genetically modified salmon is being pushed through by the FDA. People despise GM products on average, with 90 plus percent in favor of at least labeling. In addition, there is a petition going around to send to politicians to ask them to stop this approval as they did in 2011.

Ultimately, it comes down to opposition. If enough people know this is coming and are very upset about it, they will have trouble ramming it through. That’s why they announce these things over Christmas weekend. They don’t want anyone to even hear about it — they want to make it harder to popularize since hardly anyone saw it.

We can beat this as we did back in 2011, and the FDA knows it. Their dirty tactics are not effective in the technological age in which the transfer of information is more powerful than ever. Share this news and spread the word. Block genetically modified salmon from getting put on your dinner table without any labels.

I remember hearing about this. Poisoning us in the water, crops and air just aint enough I guess... Good post.....
epitome1920 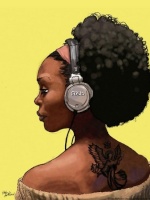 I know there is plenty of crawfish, crabs, shrimp, etc lovers. I know they will probably do something with them, if they haven't already.
Sponsored content